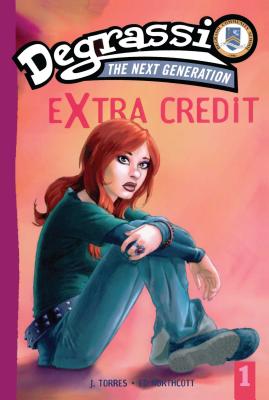 This is book number 1 in the Degrassi: Next Generation (Paperback) series.

It's the end of Ellie's senior year, and as though final exams aren't enough to worry about, she's been placed in a compromising position by one of her bosses at a comic book company. Is quitting her only option?

J.T. turns to the Internet to help cope with the recent troubles in his life. But now he spends most of his time locked in his room, and he can't seem to move on. Is his new habit just making his problems worse?
J. Torres is the author of the immensely popular Teen Titans Go monthly comic book for DC Comics. His titles have earned nominations for the prestigious Eisner Award (Alison Dare, 2003) and Harvey Award (Sidekicks, 2001), among others. In 2004 his graphic novella Days Like This was an American Library Association Selection. Winner of the Shuster Award, Torres has also worked with characters from Archies, The Mighty Zodiac, Avatar, Wonder Woman, and many more. Torres's other credits include writing for Batman, Black Panther, Rugrats, and X-Men comics, and for various children's chapter books and activity books. He lives outside of Toronto.