The Traditional History and Characteristic Sketches of the Ojibway Nation (Paperback) 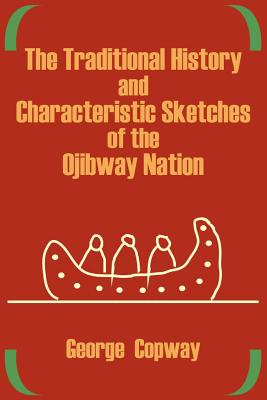 The Traditional History and Characteristic Sketches of the Ojibway Nation (Paperback)

"A sketch of my nation's history, describing its home, its country, and its peculiarities, and...its traditional legends," written by George Copway, (also known as Kah-Ge-Ga-Gah-Bowh, Chief of the Ojibway Nation), and first published in England, in 1850. A thorough examination of Ojibway Indian history, culture, traditions, and beliefs, by a chief who had one foot in the life of his tribe and the other in the white world. Includes discussions of Indian writing and language, along with illustrations depicting various symbols used in picture writing. Copway offers one of the earliest arguments for Indian reservations. George Copway (1818-ca.1863), was an Ojibwa Indian chief, educated in Illinois, who produced important translations into the Chippewa language. He lived and worked mostly in Michigan, but was also connected with the New York press, and he toured and lectured widely in Europe.