The Way of All Flesh (Dodo Press) (Paperback) 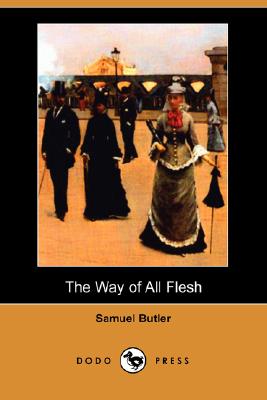 By Samuel Butler
$22.99
Available to Order - Usually Arrives in Our Store in 4 to 7 Days

Samuel Butler (1835-1902) was a British writer strongly influenced by his New Zealand experiences. He is best known for his utopian satire Erewhon; or, Over the Range (1872) and his posthumous novel The Way of All Flesh (1903). He went up to his father's alma mater, St. John's College, Cambridge, in 1854. Following graduation from Cambridge, Butler lived in a low-income parish in London. In September 1859 he emigrated to New Zealand. He wrote about his arrival and his life as a sheep farmer on Mesopotamia Station in A First Year in Canterbury Settlement (1863). Erewhon; or, Over the Range revealed Butler's long interest in Darwin's theories of biological evolution, and in fact Darwin had, like him, visited New Zealand. His close interest in the art of the Sacri Monti is reflected in Alps and Sanctuaries of Piedmont and the Canton Ticino (1881) and Ex Voto: An Account of the Sacro Monte or New Jerusalem at Varallo-Sesia (1888).