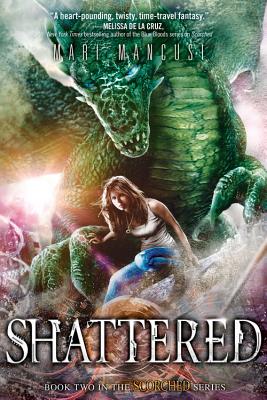 By Mari Mancusi
Please email or write store for pricing and availability information.
Special Request - May Not Be Available

A Girl at the End of the World.
Two Brothers Fighting For Opposite Sides.
And a Dragon Who Can Save Them All...
Or Set the World on Fire.

Trinity's world changed forever the day she stole Emmy's egg. Now she's on the run with the last living dragon and twin brothers from a war-torn future. Connor may have betrayed his mission to kill Emmy, but he'll do whatever it takes to prevent the coming dragon apocalypse. Coddling a temperamental dragon on its away to being the size of a house is no way to keep them safe. But Caleb can't stand to see Emmy trapped and miserable...

When a video of Emmy flying over the skies of West Texas goes viral, the government closes in--and the future they've risked everything for is about to go up in flames.