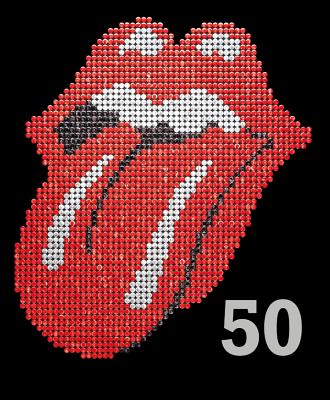 By Mick Jagger
Please email or write store for pricing and availability information.
Hard to Find

On Thursday 12 July 1962 the Rolling Stones went on stage at the Marquee Club in London's Oxford Street. In the intervening fifty years the Stones have performed live in front of more people than any band... ever. They've played the smallest blues clubs and some of the biggest stadium tours of all time. They've had No.1 singles and albums in every country that has a popular music chart and have helped define global popular culture. A phenomenal half-century later, they now look back at their astounding career. Curated, introduced and narrated by the band themselves, The Rolling Stones 50 is the only officially authorized book to celebrate this milestone. With privileged access to a wealth of unseen and rare material, it is packed with superb reportage photography, contact sheets, negative strips, outtakes and so much more, from every period in the band's history.

With more than 1,000 illustrations, it also features some of the most rare and interesting Stones memorabilia in existence: international posters, draft record cover art, bubblegum cards, jigsaws and other previously unpublished treasures specially photographed for this volume.

From Mick, Keith, Charlie and Ronnie -- here is one spectacular thank you to their fans all over the world.

With over 1,000 illustrations in colour and black and white.

The Rolling Stones are iconic, widely considered the greatest rock & roll band in history. As the most visible band of their era, their tours have consistently broken box office records, making them the one of the highest grossing acts of all time. They hold rock's longevity record: At 50 years after their first performance, with a few hiatuses but no break ups, they've been around longer than any other rock band. Even after half a decade they have a reputation for putting on raucous, hip-shaking, live shows. With 55 albums of original work and over 200 million records sold, they're easily one of the biggest bands in the world. They were inducted into the Rock and Roll Hall of Fame in 1989 and have received lifetime achievement awards from the Grammys and MTV.