The Anglo Files: A Field Guide to the British (Compact Disc) 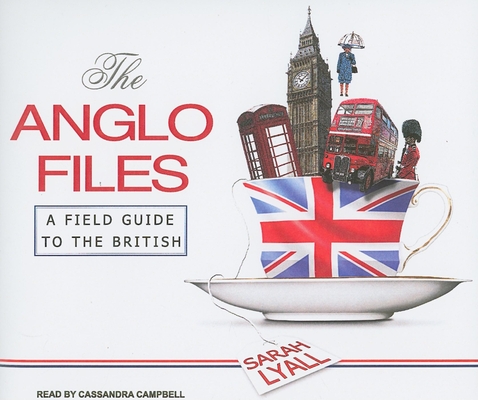 By Sarah Lyall, Cassandra Campbell (Narrated by)
Please email or write store for pricing and availability information.
Out of Print

Sarah Lyall, a reporter for the New York Times, moved to London in the mid-1990s and soon became known for her amusing and incisive dispatches on her adopted country. As she came to terms with its eccentric inhabitants (the English husband who never turned on the lights, the legislators who behaved like drunken frat boys, the hedgehog lovers, the people who extracted their own teeth), she found that she had a ringside seat at a singular transitional era in British life. The roller-coaster decade of Tony Blair's New Labor government was an increasingly materialistic time when old-world symbols of aristocratic privilege and stiff-upper-lip sensibility collided with modern consumerism, overwrought emotion, and a new (but still unsuccessful) effort to make the trains run on time. Appearing a half-century after Nancy Mitford's classic Noblesse Oblige, Lyall's book is a brilliantly witty account of twenty-first-century Britain that will be recognized as a contemporary classic.

Sarah Lyall writes for the "New York Times" in London, where she lives.

Cassandra Campbell has recorded nearly two hundred audiobooks and directed many more. She has been nominated for and won multiple Audie Awards, as well as a prestigious Odyssey Award, and she has been awarded more than twenty "AudioFile" Earphones Awards. Cassandra was also named a Best Voice by "AudioFile" for 2009 and 2010.

"Lyall is a first-rate reporter, and her book has all the hallmarks of her journalism: it is warm, blunt, confessional, companionable." ---The New York Times