Politics and Administration: A Study in Government (Paperback) 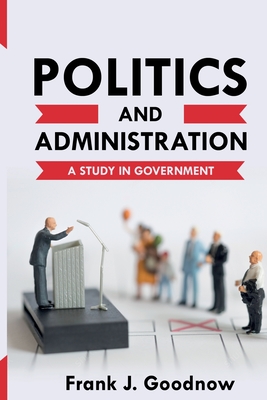 Politics and Administration: A Study in Government (Paperback)

This book changed the way we view "politics".

Written over a century ago, its impact on political life lasts till today, and its intellectual relevance is demonstrated in every word.

Frank J. Goodnow makes the important distinction between formal politics and public administration. He claims that the investigation of the constitution on its own isn't sufficient to study the political life of a country, and argues for the importance of extra-legal institutions.

He compares centralized and decentralized governments, scrutinizes political parties and their leaders, whom he calls "bosses", and displays the actual techniques of public administration rather than the formal ones.

Goodnow's views had been the core of political reform for decades, and they're still the scholarly center in the aim for developing a science of administration.

"Few have attempted to get back of the formal governmental organization and examine the real political life of the people."

"The political system becomes, almost without the knowledge of the people, quite different from the system as outlined in the constitution itself."

"The people in their disgust at finding their bosses less responsive to their wishes than they desire, blindly throw off one boss, only to find themselves in control of another of the same sort."