Economic and Political Change in Tunisia: From Bourguiba to Ben Ali (Paperback) 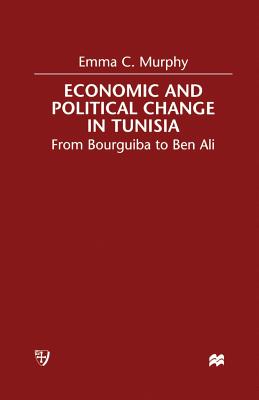 Economic and Political Change in Tunisia: From Bourguiba to Ben Ali (Paperback)


Available to Order - Usually Arrives in Our Store in 4 to 7 Days
List of Tables List of Abbreviations Introduction Economic Liberalization and the State in the Developing World: from Corporatism to Authoritarianism Rise and Fall of the Corporatist State in Tunisia, 1956-1987 The Roots of Crisis: Economic Policy under Bourguiba, 1956-1987 Macroeconomic Stabilization and Early Economic Reform: the Seventh Development Plan, 1987-1991 The Consolidation of Structural Adjustment: the Eighth Development Plan, 1992-1996 The Politics of Reconciliation and Reform, 1987-1990 The Reassertion of the State, 1990-1997 The Disarticulation of Multi-party Corporatism: State and Society under Ben Ali Bibliography Index.
EMMA MURPHY is Lecturer in Middle Eastern Politics at the Centre for Middle Eastern and Islamic Studies, University of Durham. She gained her PhD from the University of Exeter in 1991 with a thesis on the political economy of Israeli - Palestinian relations and has also worked as a research fellow at Exeter's Research Unit for the Study of Economic Liberalisation (RUSEL). Her publication include Economic and Political Liberalization in the Middle East (edited with T.N. Blah).