Mary, Will I Die? (Hardcover) 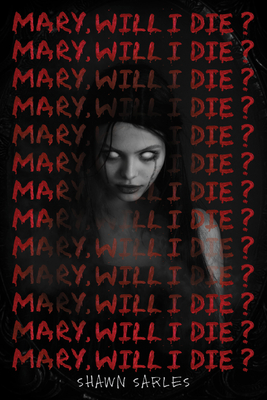 Mary, Will I Die? (Hardcover)


Available to Order - Usually Arrives in Our Store in 4 to 7 Days
Bestselling author Shawn Sarles' most terrifying YA horror yet . . .

It starts innocently enough. Four kids - three girls, one boy - are at one of their houses, playing games. One of them has read about "Bloody Mary" and the idea that if you look into a mirror and say her name thirteen times, she will show you the future. Some legends say she'll show you your one true love or a skull to mark your death within five years. Others say that conjuring Bloody Mary will bring her into your world.

Just short of five years later, the four of them are no longer friends, having gone on separate paths. The girl whose house it was has always tried to avoid the mirror they used - because she always sensed someone in the background. One morning as she's passing by, she sees much more than her own reflection - it's a scary figure taunting her. She startles and breaks the mirror. When the pieces are put back together (barely), the figure is gone.

Shawn Sarles is the Indie Bestselling Author of Campfire, Mary, Will I Die?, and the forthcoming A Pocket Full of Posies. Born in western Kentucky, he went to college at Wake Forest University. He lives in Philadelphia with a French Bulldog and two chatty parrots.