The Lost Ones: An AFK Novel (Bendy #2) (Paperback) 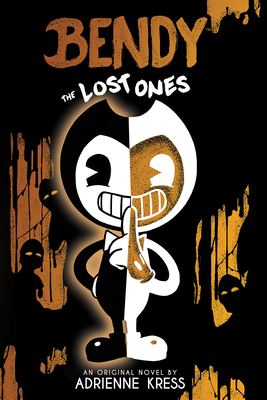 The Lost Ones: An AFK Novel (Bendy #2) (Paperback)


Warehouse Out of Stock
An all-new original novel from the twisted world of the hit horror video game, Bendy!

Atlantic City, 1946. Bill, Constance and Brant can’t help but feel like they are missing out on life. Bill craves an existence outside of his father’s influence. Brant is willing to play a dangerous game to further his career and make a name for himself. Constance yearns for the freedom to be herself and do exactly what she loves. What these three teens don’t know is that their desires will lead them all to a dark secret. Something inky just came to town in the form of a curious machine and a visit from a man named Joey Drew. When mysterious ink stains begin permeating their lives, will these teens investigate and risk it all in the process? And what of the monster lurking in the shadows? Read and find out in this chilling sequel to Dreams Come to Life by Adrienne Kress!

Adrienne Kress is a Toronto-born actor and writer. Her books include the award-winning and internationally published novels Alex and the Ironic Gentleman, Timothy and the Dragon’s Gate, and Hatter Madigan: Ghost in the H.A.T.B.O.X. (with bestselling author Frank Beddor), as well as the steampunk novel The Friday Society and the gothic Outcast. She is also the author of the quirky three-book series The Explorers. Adrienne's first foray into writing horror came with her work on the Bendy and the Ink Machine novels, but as an actor she has had the pleasure of being creepy in such horror films as Devil's Mile and Wolves. And she took great pleasure in getting to haunt teenagers in SyFy's Neverknock. Find her at AdrienneKress.com and on Twitter/Instagram @AdrienneKress.