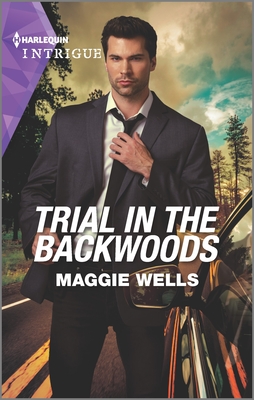 
Title unavailable, please email for information.
A small-town DA faces a deadly threat...
And fatherhood. Thanks to the upcoming trial of a millionaire trafficking drugs and humans, Masters County district attorney Harrison Hayes finds himself the target of escalating attacks. So when the woman who once shared his bed blows back into town, claiming to be pregnant with his baby, Harry doesn't want her anywhere near a situation that's becoming deadlier by the day. But impending motherhood won't stop DEA special agent Alicia Simmons from springing into action. As the former lovers join forces, they confront danger from all sides--and an imminent threat that could take them both down... From Harlequin Intrigue: Seek thrills. Solve crimes. Justice served. Discover more action-packed stories in the Raising the Bar Brief series. All books are stand-alone with uplifting endings but were published in the following order: Book 1: An Absence of Motive
Book 2: For the Defense
Book 3: Trial in the Backwoods