Walking the Bowl: A True Story of Murder and Survival Among the Street Children of Lusaka (Hardcover) 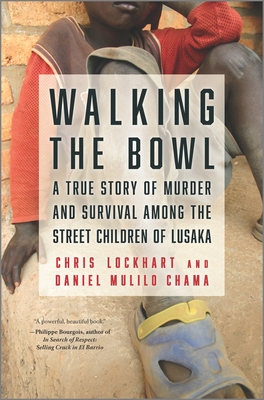 Walking the Bowl: A True Story of Murder and Survival Among the Street Children of Lusaka (Hardcover)

*An NPR Best Book of the Year*

For readers of Behind the Beautiful Forevers and Nothing to Envy, this is a breathtaking real-life story of four street children in contemporary Zambia whose lives are drawn together and forever altered by the mysterious murder of a fellow street child.

Based on years of investigative reporting and unprecedented fieldwork, Walking the Bowl immerses readers in the daily lives of four unforgettable characters: Lusabilo, a determined waste picker; Kapula, a burned-out brothel worker; Moonga, a former rock crusher turned beggar; and Timo, an ambitious gang leader. These children navigate the violent and poverty-stricken underworld of Lusaka, one of Africa's fastest growing cities.

When the dead body of a ten-year-old boy is discovered under a heap of garbage in Lusaka's largest landfill, a murder investigation quickly heats up due to the influence of the victim's mother and her far-reaching political connections. The children's lives become more closely intertwined as each child engages in a desperate bid for survival against forces they could never have imagined.

Gripping and fast-paced, the book exposes the perilous aspects of street life through the eyes of the children who survive, endure and dream there, and what emerges is an ultimately hopeful story about human kindness and how one small good deed, passed on to others, can make a difference in the face of seemingly insurmountable odds.