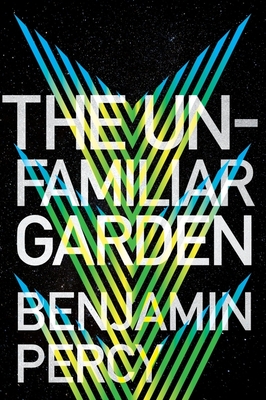 This is book number 2 in the The Comet Cycle series.

The night the sky fell, Jack and Nora Abernathy’s daughter vanished in the woods. And Mia’s disappearance broke her parents’ already fragile marriage. Unable to solve her own daughter’s case, Nora lost herself in her work as a homicide detective. Jack became a shell of a man; his promising career as a biologist crumbling alongside the meteor strikes that altered weather patterns and caused a massive drought.

It isn’t until five years later that the rains finally return to nourish Seattle. In this period of sudden growth, Jack uncovers evidence of a new parasitic fungus, while Nora investigates several brutal, ritualistic murders. Soon they will be drawn together by a horrifying connection between their discoveries—partnering to fight a deadly contagion as well as the government forces that know the truth about the fate of their daughter.

Award-winning author Benjamin Percy delivers both a gripping science fiction thriller and a dazzling examination of a planet—and a marriage—that have broken.

BENJAMIN PERCY has won a Whiting Award, a Plimpton Prize, two Pushcart Prizes, an NEA fellowship, and the iHeartRadio Award for Best Scripted Podcast. He is the author of the novels The Ninth Metal, The Unfamiliar Garden, The Dark Net, The Dead Lands, Red Moon, and The Wilding; three story collections; and an essay collection, Thrill Me. He also writes Wolverine and X-Force for Marvel Comics. He lives in Minnesota with his family.

“Terrifying, entertaining, and thought-provoking. . . There’s a spattering of gore, a connection to a psychopathic serial killer, and a secret government agenda to introduce alien matter into human genes—in other words, a little something for everyone, science fiction fans and mystery fans alike."  — Kirkus Reviews

"Award-winning author Benjamin Percy delivers both a gripping science fiction thriller and a dazzling examination of a planet—and a marriage—that have broken." — The Nerd Daily

“Mr. Percy has given us a smart twist on the War of the Worlds plot. In H.G. Wells’s story, microbes are the key to defeating the Martian war machines. In The Unfamiliar Garden, a different sort of weapon will be necessary. But the seeds of disaster, you might say, are quite literally already with us, just waiting for one more evolutionary jump. Like viruses.”
— Wall Street Journal