Second Shift: The Inside Story of the Keep GM Movement (Hardcover) 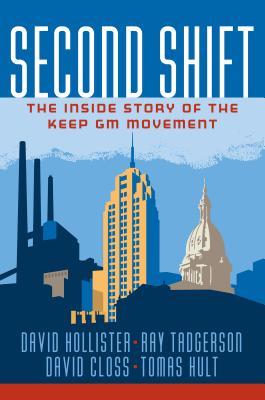 Second Shift: The Inside Story of the Keep GM Movement (Hardcover)

When car-making giant General Motors decided to close its plant in Lansing, Michigan, in 1996, one person--the city's newly elected mayor--stood up and said "no." Initially, it was the cry of a man in the wilderness. Not once in its century-long history had GM reversed a decision to close a plant. But Mayor David Hollister quietly went to work building the Lansing Works Keep GM movement and succeeded in defying all the odds. Lansing remains GM's Oldsmobile headquarters.

The Lansing Works Keep GM movement was a victory of people over bureaucracy, of a can-do attitude over cynicism--a story rarely told in today's complex, technological, and often dehumanizing world of large business and out-of-control government. And the best part was that, in the end, both sides came away winners. It's proof positive that when the public and private sectors work together as equal partners, amazing things can happen.

One of the great business sagas of modern times, Second Shift provides a proven, practical design for problem solving that anyone can apply in any business, large or small.