The Last Midwife: A Novel (Hardcover) 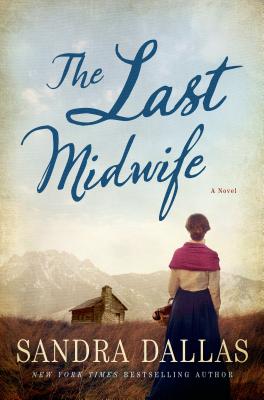 The Last Midwife: A Novel (Hardcover)

It is 1880 and Gracy Brookens is the only midwife in a small Colorado mining town where she has delivered hundreds, maybe thousands, of babies in her lifetime. The women of Swandyke trust and depend on Gracy, and most couldn't imagine getting through pregnancy and labor without her by their sides.

But everything changes when a baby is found dead...and the evidence points to Gracy as the murderer.

She didn't commit the crime, but clearing her name isn't so easy when her innocence is not quite as simple, either. She knows things, and that's dangerous. Invited into her neighbors' homes during their most intimate and vulnerable times, she can't help what she sees and hears. A woman sometimes says things in the birthing bed, when life and death seem suspended within the same moment. Gracy has always tucked those revelations away, even the confessions that have cast shadows on her heart.

With her friends taking sides and a trial looming, Gracy must decide whether it's worth risking everything to prove her innocence. And she knows that her years of discretion may simply demand too high a price now...especially since she's been keeping more than a few dark secrets of her own.

With Sandra Dallas's incomparable gift for creating a sense of time and place and characters that capture your heart, The Last Midwife tells the story of family, community, and the secrets that can destroy and unite them.

Award-winning author Sandra Dallas was dubbed “a quintessential American voice” by Jane Smiley, in Vogue Magazine. She is the author of The Bride’s House, Whiter Than Snow, Prayers for Sale and Tallgrass, among others. Her novels have been translated into a dozen languages and optioned for films. She is the recipient of the Women Writing the West Willa Award and the two-time winner of the Western Writers of America Spur Award. For 25 years, Dallas worked as a reporter covering the Rocky Mountain region for Business Week, and started writing fiction in 1990. She lives with her husband in Denver, Colorado.

“As heartwarming as a homemade quilt.” —USA Today on A Quilt for Christmas

“The author's depiction of 19th-century Denver, especially its seedier side, is vividly authentic, while the nascent bond between Mick and Beret will have readers eagerly anticipating their next encounter.” —Publishers Weekly on Fallen Women

“A born storyteller, Dallas excels not only at plot but also at peopling her novels with memorable individuals.” —Richmond Times Dispatch on True Sisters

“A tale of family, desire, vengeance and betrayal that more than transcends the ordinary.” —RT Book Reviews on The Bride’s House

“[Dallas'] sense of time and place is pitch perfect and her affection for her characters infectious.” —Kirkus Reviews on Whiter Than Snow

“An endearing story that depicts small-town eccentricities with affection and adds dazzle with some late-breaking surprises...Dallas hits all the right notes.” —Publishers Weekly on The Persian Pickle Club