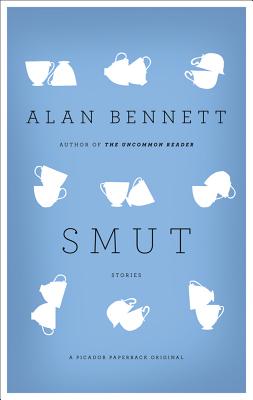 One of England's finest and most loved writers explores the uncomfortable and tragicomic gap between people's public appearance and their private desires in two tender and surprising stories.

In The Greening of Mrs. Donaldson, a recently bereaved widow finds interesting ways to supplement her income by performing as a patient for medical students, and renting out her spare room. Quiet, middle-class, and middle-aged, Mrs. Donaldson will soon discover that she rather enjoys role-play at the hospital, and the irregular and startling entertainment provided by her tenants.

In The Shielding of Mrs. Forbes, a disappointed middle-aged mother dotes on her only son, Graham, who believes he must shield her from the truth. As Graham's double life becomes increasingly complicated, we realize how little he understands, not only of his own desires but also those of his mother.

A master storyteller dissects a very English form of secrecy with two stories of the unexpected in otherwise apparently ordinary lives.

Alan Bennett has been one of England's leading dramatists since the success of Beyond the Fringe in the 1960s. His work includes the Talking Heads television series, and the stage plays Forty Years On, The Lady in the Van, A Question of Attribution, and The Madness of King George III. His recent play, The History Boys (now a major motion picture), won six Tony Awards, including best play, in 2006. In the same year his memoir, Untold Stories, was a number-one bestseller in the United Kingdom.

“Artfully entertaining…On one particular subject Bennett is incomparably brilliant: role-playing, which is the meat of both stories.” —Simon Schama, Financial Times (London)

“Bennett's humor consistently resides in the logic of the parenthetical aside, the comedy of the false appearances or misperceptions being challenged or disabused.…Mrs. Donaldson is not as unconventional as she thought herself, and no one around Mr. Forbes is where--or who--they pretend to be.” —The Guardian (London)

“Tender and comic…This is Bennett's world, where repression is never far from the sexual act….Good, old-fashioned British humor with the lightest of subversive twists.” —The Independent (London)