Animadversions on a Late Pamphlet, Intitled, Lithotomia Douglassiana: Or, the Scotch Doctor's Publication of Himself. Considered by Way of Letter. (Paperback) 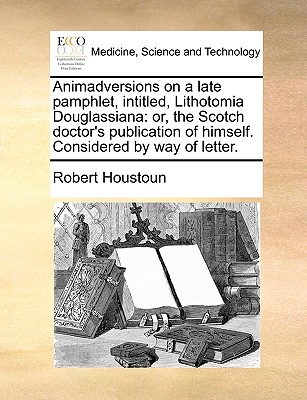 Animadversions on a Late Pamphlet, Intitled, Lithotomia Douglassiana: Or, the Scotch Doctor's Publication of Himself. Considered by Way of Letter. (Paperback)

Anonymous. By Robert Houstoun. On the pamphlet by John Douglas.