A Vindication of Sir Isaac Newton's Principles of Fluxions, Against the Objections Contained in the Analyst. by J. Walton. (Paperback) 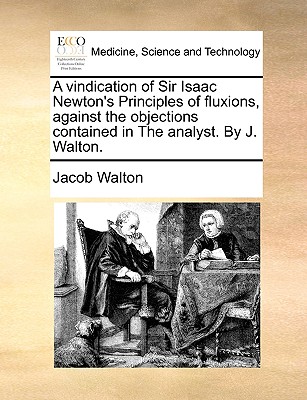 A Vindication of Sir Isaac Newton's Principles of Fluxions, Against the Objections Contained in the Analyst. by J. Walton. (Paperback)

The objections in The analyst are by George Berkeley, Bishop of Cloyne.