A Catalogue of the Experiments Made by Mr. King, in His Course of Natural Philosophy. (Paperback) 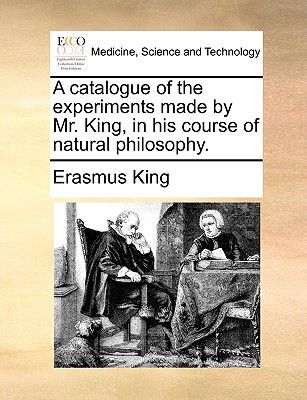 A Catalogue of the Experiments Made by Mr. King, in His Course of Natural Philosophy. (Paperback)

The copy at St John's College, Oxford, bears the MS. note: "1741 ex dono auctoris." The heads of a course of lectures held in "the Experimental Room in Duke's Court near the Mews."