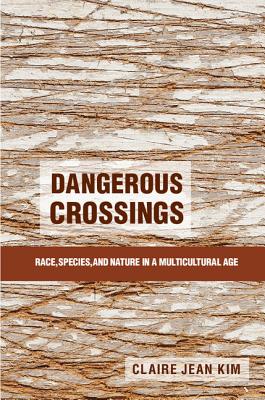 
Available to Order - Usually Arrives in Our Store in 4 to 7 Days
Dangerous Crossings offers an interpretation of the impassioned disputes that have arisen in the contemporary United States over the use of animals in the cultural practices of nonwhite peoples. It examines three controversies: the battle over the cruelty of the live animal markets in San Francisco's Chinatown, the uproar over the conviction of NFL superstar Michael Vick on dogfighting charges, and the firestorm over the Makah tribe's decision to resume whaling in the Pacific Northwest after a hiatus of more than seventy years. Claire Jean Kim shows that each dispute demonstrates how race and species operate as conjoined logics, or mutually constitutive taxonomies of power, to create the animal, the Chinese immigrant, the black man, and the Indian in the white imagination. Analyzing each case as a conflict between single optics (the optic of cruelty and environmental harm vs. the optic of racism and cultural imperialism), she argues for a multi-optic approach that takes different forms of domination seriously, and thus encourages an ethics of avowal among different struggles.