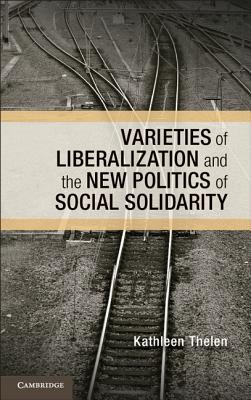 
Available to Order - Usually Arrives in Our Store in 4 to 7 Days
This book examines contemporary changes in labor market institutions in the United States, Germany, Denmark, Sweden, and the Netherlands, focusing on developments in three arenas - industrial relations, vocational education and training, and labor market policy. While confirming a broad, shared liberalizing trend, it finds that there are in fact distinct varieties of liberalization associated with very different distributive outcomes. Most scholarship equates liberal capitalism with inequality and coordinated capitalism with higher levels of social solidarity. However, this study explains why the institutions of coordinated capitalism and egalitarian capitalism coincided and complemented one another in the "Golden Era" of postwar development in the 1950s and 1960s, and why they no longer do so. Contrary to the conventional wisdom, this study reveals that the successful defense of the institutions traditionally associated with coordinated capitalism has often been a recipe for increased inequality due to declining coverage and dualization. Conversely, it argues that some forms of labor market liberalization are perfectly compatible with continued high levels of social solidarity and indeed may be necessary to sustain it.