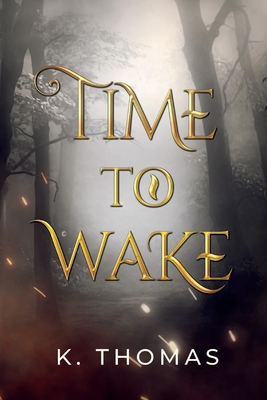 This is book number 1 in the Time to Wake series.

Senlis is your typical artist. Empath, hater of mornings, and the bearer of a strange name passed down from her grandmother. With a penchant for caffeine and a pet ghost, she's just trying to live her best life.

Did she mention she also happens to devour souls? No? Well, it's a bit of a conversation killer… no pun intended.

When new neighbors move in across the street, Senlis strikes up an unexpected friendship with the equally quirky Katie. The two get mixed up in a party circuit that leaves a string of missing girls– and a trail back to Senlis' less than human origins. At the center of it all is Hunter: a guy not smart enough to keep his distance. He's arrogant, frustrating, and terribly distracting… Just, please don't tell anyone she admitted that last part.

Is Hunter involved in the mysterious murders? Or is he just in the wrong place at the right time?

As she tries to figure out Hunter's motives, Senlis ends up learning what it means to be a Nephilim, and how her past is playing a role in the murders. "Time to Wake" is a new-adult paranormal romance novel brimming with paranormal suspense and quirky laughs!

Note from the Author: The books are New Adult and "PG-13" in nature, intended for upper YA and beyond due to the inclusion of: strong language, adult themes, underage drinking (not condoned, just present), intimate encounters ("open door", but non-explicit), and scenes of violence and implied domestic abuse. The Author did work to place most violence and abuse "off-page" to soften impact to readers but wants them to be aware it is present.
K. Thomas is a human, not a talking cat.
"Time to Wake" was her first novel. She meant to publish one sooner, but fell in love with her day job. Unlike her main character, she likes numbers and budgets almost as much as she likes words.

Her debut novel "Time to Wake" received a warm literary welcome with five star reviews from IndieReader and Readers' Favorite, as well as being awarded the 2021 Readers' Favorite Silver Medal in the New Adult Genre.