My Life is Strange (Hardcover) 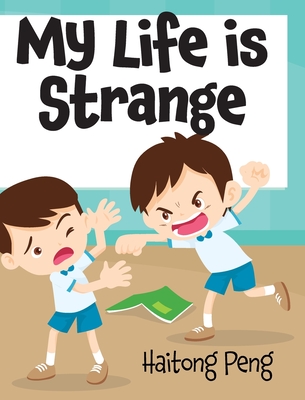 My Life is Strange (Hardcover)


Available to Order - Usually Arrives in Our Store in 4 to 7 Days
My life is strange is an interesting book that has many surprises and it is a fictional story. This book is about a girl called Rooky, the youngest in a family of four. Rooky acts like a cat to protect herself from new situations and difficult ones. Her older sister Susie is making very strange plans with people that come into their house such as babysitters, but Rooky and her 2 brothers fight them. Many babysitters come to the house and Zack, one of her brothers has to say everything that Rooky does and translate it. Many people arrive such as Detective Crox, Rooky thinks about 2 things the moment someone arrives at their house. Fight or Flight, she mostly chooses to fight them. Rooky then finds herself in a hospital with Dr. Gaster, Rooky responds to his questions by acting like a cat. Dr. Gaster finds all sorts of problems with Rooky. But when she is taken into a ward she finds other children that hate the doctors. Then Dr. Gaster took Rookie up to his room, and Rookie discovers that there was a book with her problems in it. The ending is that some kids in the same ward as Rooky finally gets to see outside for the first time in 3 years.