Embracing the Abyss: A true story of unknowingly becoming part of a fraud scandal, receiving a presidential pardon, and being surprised by (Paperback) 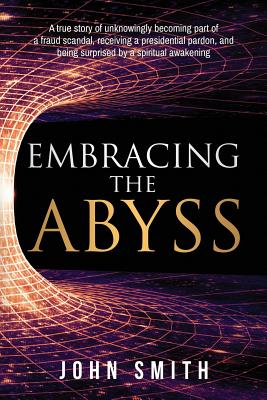 Embracing the Abyss: A true story of unknowingly becoming part of a fraud scandal, receiving a presidential pardon, and being surprised by (Paperback)


Available to Order - Usually Arrives in Our Store in 4 to 7 Days
During the onslaught of legal actions during the Savings and Loans crisis of the 1980s, John Smith came to realize the extent of his employer's wrongdoing, and that he too had been one of many deceived. He discovered that you don't have to commit a crime to be convicted of one, and after years of turmoil, he discovered the relief when the FBI finally informed him fifteen years after his sentencing that he should never have been prosecuted in the first place.
If it can happen to me, it can happen to you. This story is your warning, your red flare. But also, I have learned a deeper lesson: there is much more to this world than we can see or feel or even comprehend. The Abyss is not something you recognize right away. It's a part of you that you don't come in touch with very often. It's the place where you engage in the ultimate struggle for truth, where you ache for a lasting answer. When you touch the Abyss you gather the breath from deep within you, grasp it, embrace it, and hold on for dear life.
John Smith was born in Nashville and raised in Oklahoma City and Dallas and is a Vietnam Veteran. After returning to the U.S. (Welcome home Johnny!) he was the honor graduate of his Army Drill Sergeant School. Obtaining an early release to attend college, he graduated Magna Cum Laude from North Texas State University with a BBA in Accounting. He spent five years in public accounting, and after the S&L crisis became an active supporter of affordable housing. Today, John is a professional keynote speaker on perseverance and integrity overcoming adversity. He takes his audiences to the edge of the abyss and brings them back with a better understanding of integrity; how easily it can all be taken away, and the consciousness of spirituality. Learn more about John Smith at EmbracingTheAbyss.com