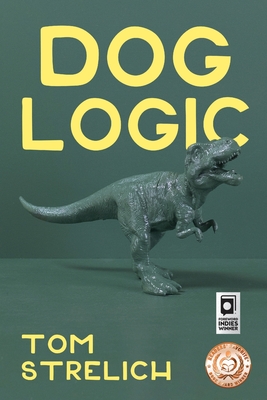 Hertell Daggett is not what he used to be: once married, once a physicist, and once shot in the head in a New Year's accident. Or possibly 4th of July, he could never remember -- the doctors got the bullet out, but a few specks of copper remained floating in his brain, connecting parts no longer connected in the rest of us, filaments going back to the beginning of time. He remembers the songs of dinosaurs, the dry humor of mastodons, and the rubbery smell of trilobites. He'd once had a future, but now he lives on the outskirts of Bakersfield, a damaged caretaker of a failing pet cemetery.

Hertell discovers a time-capsule, actually a vast time-cavern full of people who've lived beneath the pet cemetery since 1963. They are part of a long-forgotten Government program to preserve Western civilization in the charred aftermath of the massive nuclear war triggered by JFK's assassination-at least that's what their computer simulation predicted. He becomes their shepherd and protector leading the duck-and-cover civilization into the astounding, mystifying, and often dismaying world that has wobbled on without them. Like one of those lost tribes stumbling from the jungle into civilization, only this time it's not the primitives who are overwhelmed by civilization, but very much the other way around, and they will pay for it. In protecting his flock, Hertell finds a love he never quite lost, a past he never quite remembered, and a future he never quite imagined.