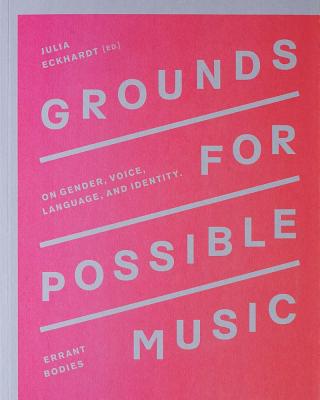 How do we get to imagine the music we make? Where and how is it grounded? What is the relationship between the art and its maker, and what and who does music represent? Gender, voice, language and identity are four important notions for musical creation, for the shaping of a canon, and for the interactions in the field. All four notions are strongly contextual and carry an inherent sense of paradigm and otherness. Other and self are defined via orientation and history, expressed via voice, and confirmed in language.
In this publication, these four core notions serve as a set of lenses permitting different perspectives on one another. However much the field of the sounding arts might pretend to be tangential to such affections, they provide important grounds for musical creation.
Some 20 artists have created a variety of outputs, as different in form, strategies, approach and language as they are rooted in a variety of sub-fields within the sounding arts.
Contributors include: AGF aka Antye Greie, Andrea Parkins, Aur lie Lierman, Bonnie Jones, Cathy Lane, Electric Indigo aka Susanne Kirchmayr, Felicity Ford, Heimo Lattner, Jaume Ferrete V zquez, Judith Laub, Julia Eckhardt, Marc Matter, Marijs Boulogne, Marion Wasserbauer, Myriam Van Imschoot, pali meursault, Peter Westenberg, Richard Scott, Romy R egger, Susan McClary and Suzanne Thorpe.