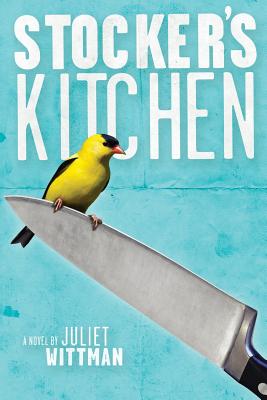 Stocker is short, loud and profane, a passionate sensualist and a bully--yet despite his manifest flaws, brilliantly clean and delectable flavors emerge from his greasy restaurant kitchen. His unassailable self-confidence falters when he falls in love with Angela, a young half-Vietnamese woman as strong-willed and hard-hearted as himself.

Stocker's patience and equanimity are further tried by his pastry chef, Jon, the fastidious Oxford-educated son of Hungarian emigres, as orderly as Stocker is disorderly, and whose approach to food--and love--is the antithesis of Stocker's: Where Stocker specializes in deep, mysterious stews, dishes for which living creatures gave up their lives, Jon creates playful works of art on the plate. At home, his kindly lover Keith waits for him, steadfast and unappreciated.

Stocker's kitchen is a small world in itself, and the stories of others wind through the text, including motherly waitress Crystal, Megan, an insecure young actor feeling her way in New York, Harold, expert wielder of the chef's knife and Sean, Stocker's dazed and terrified protege. At the center stands Stocker himself, longing for the love and nurturance he can never quite find, and practising his tainted magic.