Exploring the SWC300: A Cultural and Historical Companion to the South-West Coastal 300 Route (Paperback) 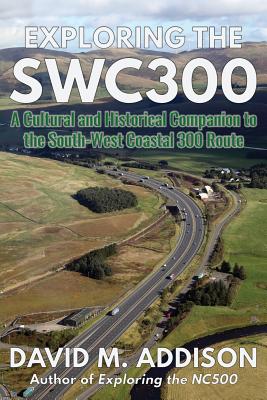 The SWC300 Route has been described as Scotland's Secret Corner - with some justification.

This book seeks to shed a light on the history and culture of this largely ignored part of Scotland. By delving into the colourful events that happened here in the past, the intention is to enhance and enrich your exploration of this land of contrasts as you travel through its rolling hills and along its spectacularly scenic coastline.

The Neolithic settlers, the first Christians, the medieval warlords and the reivers - all played a part in shaping this war-torn land. Sharing a common border with the Auld Enemy - the English - it was badly affected during the Wars of Independence, just as it was during the Covenanting period: what came to be called the Killing Time. Sad to say, there were more deaths from disasters down the mines, out at sea, in the air, and in what remains, to this day, the UK's worst-ever rail disaster.

Follow in the footsteps of those who left their mark here. It's a varied cast of characters: kings, commoners and Covenanters; saints and sinners; murderers and martyrs; monks and ministers; poets and pioneers; engineers and explorers; artists and architects; geniuses and gypsies; writers and witches - even troglodytes and cannibals.

There are ruined castles and tower houses; grand houses and gardens; abbeys and churches; standing stones and stone circles; museums and monuments; retired railway engines and planes from yesteryear.

There are legends; folktales; and tales of the supernatural - all part of the rich tapestry that forms part of the greater and enthralling story that will be revealed to you as you explore what has been a neglected part of Scotland for far too long.

It's hard to imagine there can be another part of Scotland that has so much to offer the tourist.