Travels Around Sorrento: Discovering the Amalfi Coast and Capri (Paperback) 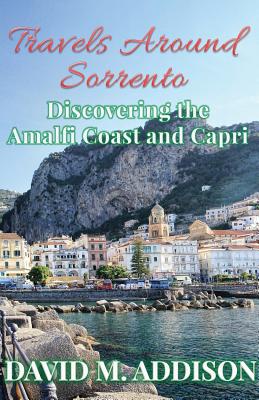 David Addison may well have been looking forward to a relaxing time on his Italian holiday, but alas it was not to be. Revisiting Pompeii, he explores Herculaneum and continues the Roman theme by visiting the Villa Jovis in Capri, from which eyrie the dissipated Tiberius ran the empire. In addition, there was Vesuvius to climb, the Amalfi coast to drive and, not least, Sorrento to shop.

Right from the start, he gets off on the wrong foot with a Mafioso ma tre d' which makes mealtimes an ordeal. Not to be outdone, his wife--the formidable La Belle Sans Merci--finds her own pet hate in the form of a glamorous fellow guest.

Ubiquitous Dutchmen, dictatorial minibus drivers and a belligerent boor are just some of the many other characters who enliven this humorous look at Italian life and culture, both in the present and the past. As in "Travels Through Time in Italy", the author continues to thwart his long-suffering wife's attempt to make him more cultured and refined... but anyone could have told her she was on a mission impossible with someone who has a dress sense like his and a close, even symbiotic, relationship with the gin bottle. If anything, he gets himself into even deeper scrapes than before and somehow manages to embarrass her even more.

But when it comes to travelling back to the ancient past and the time of the Romans, the author enters into the spirit of things by letting his fertile imagination roam.