The Fearn Bobby: Reflections from a Life in Scottish Policing (Paperback) 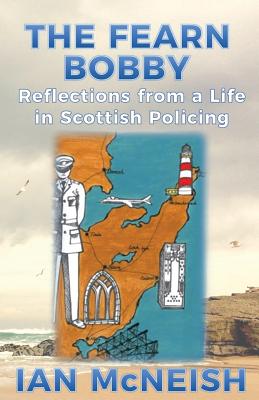 'It's all about the community', the words of Kenneth Ross, Chief Constable of Ross and Sutherland Constabulary, guided Ian McNeish through thirty years of police service. They were true then, back in 1974, and they are true now.
Ian held a police warrant card for three decades, serving communities across Scotland. In that time, his work saw him moving from the northerly constabulary where he policed the rural Hill of Fearn to the social challenges that presented themselves amongst the urban landscape of Central Scotland.
From his formative years in post-War Scotland through to his application to join the police service, Ian has led a rich and varied professional life that ranged from working in iron foundries to building electronic parts for the Kestrel Jump Jet and legendary Concorde aircraft. But once he had joined the police service, he found himself faced with a whole new range of life-changing experiences - some of them surprising, a few even shocking, but all of them memorable.
Leading the reader through his involvement in front line situations, Ian explains the effects of anti-social behaviour and attending criminal court appearances, in addition to dealing with death and the responsibilities of informing those left behind. He considers topics such as ethics, public interest, police and firearms, drug issues, causes of crime, and a lot more besides.
In a career where his duties ranged from policing national strikes to providing comfort and support through personal tragedies, Ian advanced through the ranks and saw first-hand the vital importance of effective management and good teamwork. Whether as the 'Fearn Bobby', policing a remote countryside outpost, as a seconded officer working for the Chief Executive of a Regional Council, or as a Local Unit Commander in Bo'ness, Ian always recognised the importance of putting the community first. Comparing today's policing techniques with his own professional experiences and examining both the good times and the harrowing pitfalls of the job, his account of life in the force is heartfelt, entertaining, and always completely honest.