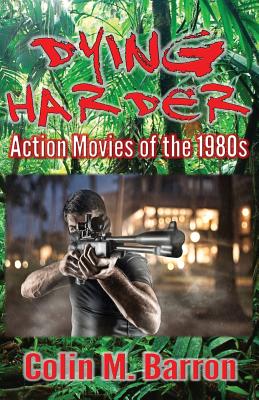 The 1980s were a golden age for action movies, with the genre proving popular at the box-office as never before. Across the world, stars such as Sylvester Stallone, Arnold Schwarzenegger and Bruce Willis were becoming household names as a result of their appearances in some of the best-known films of the decade.

But what were the stories which lay behind the making of these movies? Why were the eighties to bear witness to so many truly iconic action features? And who were the people who brought these legends of action cinema to life?

In Dying Harder: Action Movies of the 1980s, Colin M. Barron considers some of the most unforgettable movies of the decade, exploring the reasons behind their success and assessing the extent of their enduring acclaim amongst audiences which continues into the present day.