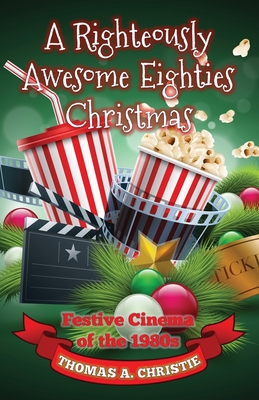 The cinema of the festive season has blazed a trail through the world of film-making for more than a century, ranging from silent movies to the latest CGI features. From the author of The Christmas Movie Book, this new text explores the different narrative themes which emerged in the genre over the course of the 1980s, considering the developments which have helped to make the Christmas films of that decade amongst the most fascinating and engaging motion pictures in the history of festive movie production.

Released against the backdrop of a turbulent and rapidly-changing world, the Christmas films of the 1980s celebrated traditions and challenged assumptions in equal measure. With warm nostalgia colliding with aggressive modernity as never before, the eighties saw the movies of the holiday season being deconstructed and reconfigured to remain relevant in an age of cynicism and innovation.

Whether exploring comedy, drama, horror or fantasy, Christmas cinema has an unparalleled capacity to attract and inspire audiences. With a discussion ranging from the best-known titles to some of the most obscure, A Righteously Awesome Eighties Christmas examines the ways in which the Christmas motion pictures of the 1980s fit into the wider context of this captivating and ever-evolving genre.