The Spectrum of Adventure: A Brief History of Interactive Fiction on the Sinclair ZX Spectrum (Paperback) 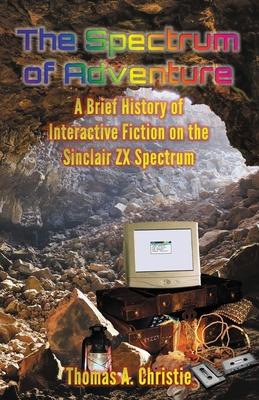 The Sinclair ZX Spectrum was one of the most popular home computers in British history, selling over five million units in its 1980s heyday. Amongst the thousands of games released for the Spectrum during its lifetime, the text adventure game was to emerge as one of the most significant genres on the system.

The Spectrum of Adventure chronicles the evolution of the text adventure on the ZX Spectrum, exploring the work of landmark software houses such as Melbourne House Software, Level 9 Computing, Delta 4 Software, the CRL Group, Magnetic Scrolls, and many others besides.

Covering one hundred individual games in all, this book celebrates the Spectrum's thriving interactive fiction scene of the eighties, chronicling the achievements of major publishers as well as independent developers from the machine's launch in 1982 until the end of the decade in 1989.