An Innocent Abroad: The Misadventures of an Exchange Teacher in Montana: Award-Winner's Edition (Paperback) 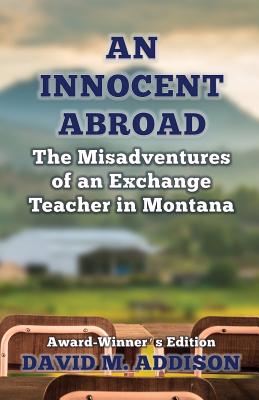 An Innocent Abroad: The Misadventures of an Exchange Teacher in Montana: Award-Winner's Edition (Paperback)

This is book number 1 in the Innocent Abroad series.

When, in 1978, taking a bold step into the unknown, the author, accompanied by his wife and young family, swapped his boring existence in Grangemouth in central Scotland for life in Missoula, Montana, in the western United States, he could never have foreseen just how much of a life-changing experience it would turn out to be.

As an exchange teacher, he was prepared for a less formal atmosphere in the classroom, while, for their part, his students had been warned that he would be "Mr Strict". It was not long before this clash of cultures reared its ugly head and the author found life far more "exciting" than he had bargained for. Within a matter of days of taking up his post, he found himself harangued in public by an irate parent, while another reported him to the principal for "corrupting" young minds.

Outwith the classroom, he found daily life just as shocking. Lulled by a common language into a false sense of a "lack of foreigness", he was totally unprepared for the series of culture shocks that awaited him from the moment he stepped into his home for the year - the house from Psycho.

There were times when he wished he had stayed at home in his boring but safe existence in Scotland, but mainly this is a heart-warming and humorous tale of how this Innocent abroad, reeling from one surprising event to the next, gradually begins to adapt to his new life. And thanks to a whole array of colourful personalities and kind people (hostile parents not withstanding), he finally comes to realise that this exchange was the best thing he had ever done.

This award-winning book (a prize title in the 2015 Bookbzz Prize Writer Competition for Biography and Memoir) charts the first four months of the author's adventures and misadventures in a land which he finds surprisingly different.