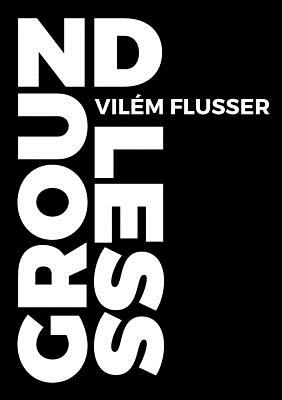 This is book number 3 in the Metaflux // Vilem Flusser series.

Groundless is, at the same time, Vil m Flusser's autobiography and a singular title in the author's literary production as a thinker. Written in 1973, one year after his return to Europe, when the author was only fifty-three years old, this work addresses a variety of themes, beyond the experiences of the one who reports them. Through an experimental structure, Vil m Flusser presents to the readers a series of philosophical dialogues that he maintained with the people who marked him during his life in Brazil. Among them, Alex Bloch, Haroldo de Campos, Jo o Guimar es Rosa, Milton Vargas, Dora Ferreira da Silva, Vicente Ferreira da Silva, Miguel Reale, Samson Flexor, and Mira Schendel.

In a letter to Milton Vargas of 1973, Flusser writes: "To write a biography at 53 means 'to make biography', in the sense in which Hegel says that to write the history of philosophy means to make history and philosophy. ... to write a biography is not contemplation, but action ..." With this intention in mind, Vil m Flusser wrote a book where he explores how his past experiences, especially the experiences within the Brazilian reality, influenced him in the formation of his philosophical project.

The particularity with which he describes this process in Portuguese makes it a work of great value in the field of philosophy and communication and deserves to be published in English translated from its original version in Portuguese. This edition differs from the posthumous German edition of 1993 in that it restores the structure of the text to the author's original manuscript.

Groundless is a key text for the study and understanding of Vil m Flusser's work as a philosopher.