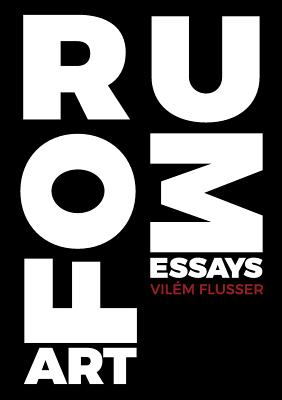 This is book number 4 in the Metaflux // Vilem Flusser series.

In 1986, after the international success of Towards a Philosophy of Photography, Vil m Flusser started to publish regularly in Artforum Magazine, New York. The book Artforum // Essays gathers together for the first time all twenty-eight essays, both published and unpublished, which Flusser wrote for the magazine until his tragic death in 1991.

The fundamental question that Vil m Flusser asks in this series of short provocative essays, and which he explores in most of his literary production, is this: can we really make such a clear distinction between aesthetics, epistemology and ethics as forms of knowledge production? And if through a phenomenological analysis we discover that indeed the boundaries of these fields of human production are not so well defined, then what are the implications for us of such an analysis? Are we already engaging in different modes of cultural production (in its widest sense) but are not yet fully aware of it? His analyses are posited within a contemporary discussion in relation to both the schisms and confluences between art, philosophy and science, but also questioning the very definition we give to these fields of human cultural production.

The essays are accompanied by thirty-two colour images of artworks by internationally renowned artists, curated by Martha Schwendener from the collection of images originally published with the essays in Artforum.