Jeremy Bannister, or The Ups and Downs of an Aspiring Novelist (Paperback) 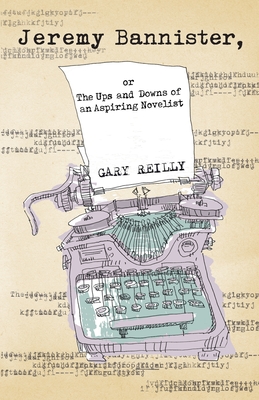 Jeremy Bannister, or The Ups and Downs of an Aspiring Novelist (Paperback)

Meet Jeremy Bannister. His is a humble, simply told coming-of-age tale that spans the terribly serious and comically trivial decades of the Vietnam and disco eras, respectively. The singular ambition of Jeremy's life is to become a "big-shot" novelist. As an English major still hoping to emulate the obscure artistry of James Joyce, he clearly has no earthly notion of how to achieve his goal. Adrift in a "coral reef" of failed writer friends, Jeremy's youthful trials are bookended by an acerbic but influential college roommate and an incredibly matter-of-fact girlfriend. Thus thirty-year-old unpublished Jeremy arrives at the realization that he is destined to become fifty-year-old unpublished Jeremy if he doesn't stop straightening up his living room and finish writing at least one novel.