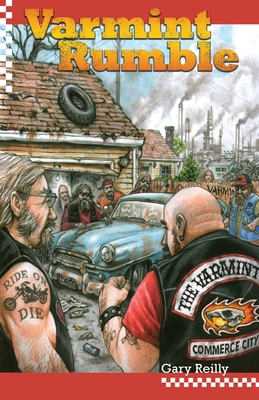 This is book number 9 in the Asphalt Warrior series.

In Varmint Rumble, the final installment of The Asphalt Warrior series, we pick up with cabbie Brendan Murphy--better known as "Murph"--right where he usually leaves off: minding his own business and heading home to his crow's nest in anticipation of beer, burgers, and his beloved Gilligan's Island.

But a broken body lying in the street derails his plans and draws Murph into the shady world of Denver's most notorious outlaw biker gang: The Varmints.

All's well that ends well, as Murph acquits himself admirably and is deemed "good people" by the gang's leader, Spinelli. But Murph's newfound status with The Varmints brings a troubled woman into his taxicab . . . and inevitably Murph violates his supreme motto to never get involved in the lives of his fares.