The Legend of Carl Draco (Paperback) 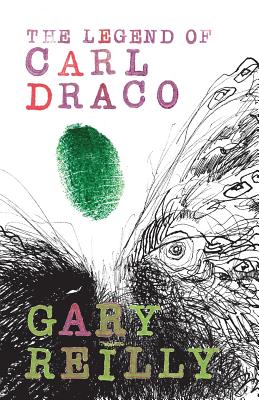 The Legend of Carl Draco (Paperback)

Carl Draco is the dead-calm center of a maelstrom of violence.

The Legend of Carl Draco tells the story of a quietly fearless young man whose existence is consumed in ruthlessly dispatching nameless enemies who dog his every move. He doesn't know--or care to know--who these men are, but one thing is clear: they share the supernatural abilities Carl has possessed since he was orphaned as a small boy.

After crossing paths with a reclusive professor who took an interest in him twenty years earlier, Draco decides to question his pursuers on a "vexing night" that changes everything.

Throwing off his weary resignation, Draco sets out from California to confront his fate deep in the Appalachian Mountains where he was born. In this unusual town not found on any modern maps, a powerful foe has been pulling the strings of Draco's life.

When his personal quest threatens to press him into the role of reluctant hero, Draco is constrained to live up to the legend that preceded him in this odd locale. But does he really want to shoulder another burden?

Gary Reilly's latest antihero must reconcile his kindhearted tendencies with his fundamental love of solitude in this thoroughly entertaining contemporary folktale.