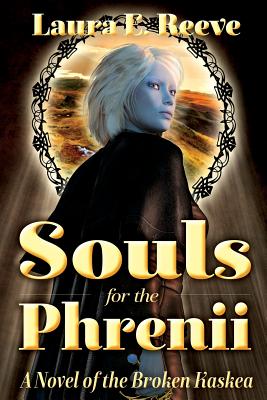 Small acts of mercy can have epic consequences...

Draius is no trained spy. Despite that, her king and cousin Perinon sends her on a mission into Groyga to secretly retrieve a stolen Kaskea shard. Although successful, she attracts the attention of the power-hungry Lord Endigala, who plans an invasion of Tyrra. Trapped in enemy territory and on the run, she faces imprisonment and torture. Keeping by her code of honor and merciful nature, she makes both enemies and allies as she flees north to Kitarra, hoping for asylum.

In Tyrra, King Perinon battles death magic within his own court. When a 500-year-old necromantic spell usurps the shared soul of the Phrenii, the elementals disappear. All written records and adult recollection of them are wiped out. Tyrran children strive to keep their memories of the creatures alive, while souls of the recently departed walk the streets--without the Phrenii, they can never attain the stars.

Tyrra needs Draius and her fellow Kaskea bearers. They may hold the key to remaking the Phrenii, but they're scattered across the mapped world, fighting their own battles against necromancy.

"A lavish blend of urban crime and high fantasy." --Kirkus Reviews on Book One of The Broken Kaskea Series, A Charm for Draius.