Uvajuq: The Origin of Death (Paperback) 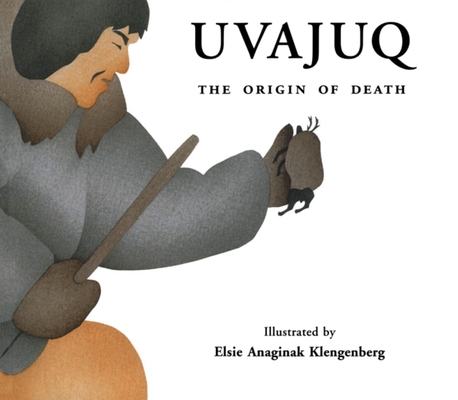 Uvajuq: The Origin of Death (Paperback)

The story of Uvajuq (oo-va-yook) is rooted in a time when people and animals lived in such harmony and unity that they could speak to each other. For Inuit, as for people whose traditions include the story of the Garden of Eden, this idyllic existence came to an abrupt end a long time ago. The story told here, in words and pictures, speaks of that ancient event and of the transition to an existence where a different kind of sharing prevails.

This old Inuit legend has recently taken on an entirely new dimension in Cambridge Bay, with the uncovering of a unique array of artifacts during an archaeological survey of the hill known as Uvajuq. The mysterious find offers a compelling confluence of myth and reality.

The legend of Uvajuq, as told here, was collected from a group of Inuit elders in the Nunavut community of Cambridge Bay, 300 kilometres north of the Arctic Circle. On the surface, it is the story of how three prominent hills near the community were formed. Underlying that is a tale of much deeper significance.