Hypoderm: Notes to Myself (Paperback) 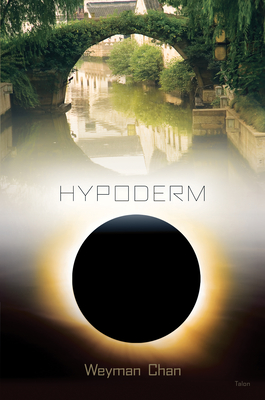 Hypoderm: Notes to Myself (Paperback)


Available to Order - Usually Arrives in Our Store in 4 to 7 Days
The idea for this book, says Weyman Chan, is simple--approach the world as metaphor, and it will come to you. Subtitled "notes to myself," Hypoderm is a manifesto of observations, intimations and recognitions of mortality that get under the poet's skin--that remind the reader that poetry is documentation and speculation, not a sentimental fabrication of the rapture (rupture) of our "end times." We live in an age of anxiety, where social order and the imagination are as alienated as they have ever been, creating our estrangement from a sane and necessary privacy the cause of which the poet locates in the anthropocentric doctrine that man has been divinely ordained to take dominion over the earth. Chan's lines "What monster taught Adam / to see a bird and say the word" echo those of Blake; his "the name that can be named is not the real name" recall the words of Milton; his "shouldn't the ?nal / translation of any word in any language / be silence" invoke the teachings of Buddha. Drawing on cosmologies as disparate as molecular biology, Chinese and Mayan celestial cycles, and the conflict of Horus and Seth in Egyptian mythology, Chan finds everywhere the recognition that: "As all prey let out / sounds of deepest obligation / when they're caught, so / the binding surrounds."
Every living thing is already looking over its shoulder in its necessarily parasitic conditions for existence. It is within this dance of coordinates, as biological drives encounter mental constructs, that these poems document how micro and macro worlds collide, and speculate that just as our somatic mitochondria were once free-?oating protozoa that got inside us and adapted to our metabolism, so the earth's green skin is being infected by the drills and dragnets of our Nietzschean will to power.
Weyman ChanBorn in Calgary, Alberta, Weyman Chan has published poems and short stories in a wide variety of literary journals and anthologies. He won the 2002 National Magazine Awards silver prize for his poem "At work, and the 2003 Alberta Book Awards for his first book of poetry, Before a Blue Sky Moon. His second book, Noise From the Laundry (Talonbooks), was nominated for the 2008 Governor General's Award for Poetry. A laboratory technician by trade, Chan distills a unique inner voice in the spiraling, non-sequential and non-temporal syntax of poetry.