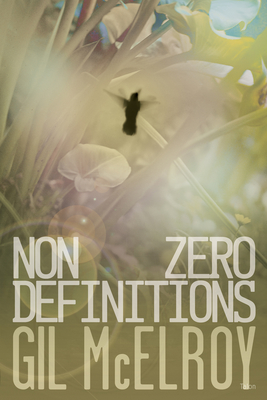 
Available to Order - Usually Arrives in Our Store in 4 to 7 Days
The 19th-century German mathematician Georg Friedrich Bernhard Riemann's ideas had a profound effect on the development of modern theoretical physics and provided the concepts and methods used later in Einstein's relativity theory and Heisenberg's "uncertainty principle." Riemann is popularly known for his challenge of Euclidean geometry's axiomatic ("given" or "natural") presumption of space, hinging on the question of the value of zero. In the simplest possible terms, in this realm of theoretical physics and mathematics, zero represents not the absence of something in and for itself, but only the potentiality of some thing existing in relation to some other thing. This means that what is "known" or "perceived" by any observer can only ever be defined by and through that act of perception, and not by its absence, which can never be experienced but can only ever be postulated. Thus everything we can communicate about the known world consists entirely of a cascade of perpetually unfolding "non zero definitions." Fiction writers such as James Joyce, Gertrude Stein, William Burroughs, and poets such as William Carlos Williams and Robert Creeley have applied these theories from the physical sciences to their acts of writing, but the pyrotechnics of their progressive narrative deconstructions and reconstructions have remained muted by a lingering textual self-awareness. Not until the work of Gil McElroy's clearly present mentor, bpNichol, did the language of poetics emerge into the light of the purely formalist and luminous "definitions" of things and their movements in which McElroy excels so brilliantly. In the poems of McElroy's NonZero Definitions, things can never cease to be; they only can, and do, gloriously engage in the ceaseless metamorphosis of replication in all of their luminous present and endlessly unfolding possibilities.
Gil McElroyGil McElroy's poems and other works have been published in countless periodicals throughout North America since the late 1970s; issued in a number of self-published chapbooks, broadsheets and one-of-a-kind book works. Awards and RecognitionGerald Lampert Memorial Award for Poetry Nominee (2002) Dream Pool EssaysChristina Sabat Award for Art Criticism (2001) Ground States: The Visual Contexts of bpNichol.

"A master of the craft [McElroy] is very, very intelligent and his ear is infalliable "
Arc