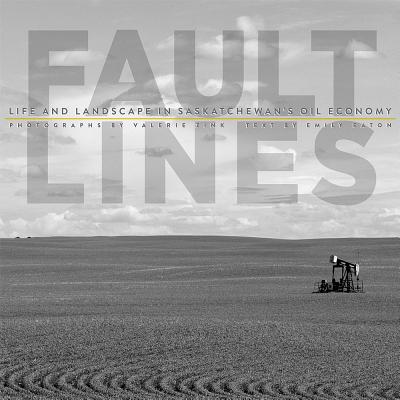 
Available to Order - Usually Arrives in Our Store in 4 to 7 Days
Oil is not new to Saskatchewan. Many of the wells found on farmland across the province date back to the 1950s when the industry began to spread. But there is little doubt that the recent boom (2006–2014) in unconventional oil production has reshaped rural lives and landscapes. While many small towns were suffering from depopulation and decline, others reoriented themselves around a booming oil industry.
In place of the abandoned houses and shuttered shops found in many small towns in Saskatchewan, housing developments sprang up with new trucks and boats parked in driveways. Yet people in oil-producing areas also lived amid flare stacks that made them ill, had trouble finding housing due to vacancy rates that were among the lowest in the country, suffered through family breakdown because of long working hours and time spent away from home, and eddured spills and leaks that contaminated their landscape.
In the summer of 2014, at the height of the boom, geographer Emily Eaton and photographer Valerie Zink travelled to oil towns across the province, from the sea-can motel built from shipping containers on the outskirts of Estevan to seismic testing sites on Thunderchild First Nation’s Sundance grounds.
In text and photographs, Fault Lines captures the complexities of engagement, ambivalence, and resistance in communities living amid oil.

Valerie Zink was raised on a dairy farm in the foothills of Alberta. She first turned her attention to photography after moving to southern Saskatchewan in 2010.

Emily Eaton is an associate professor of geography at the University of Regina specializing in political economy and natural resource economies.