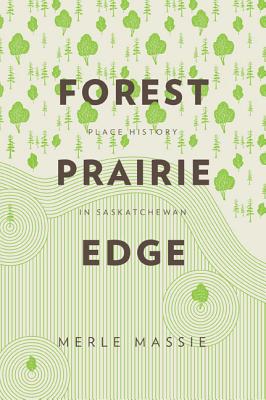 
Email or call for price. Handling fee may apply.
Saskatchewan is the anchor and epitome of the “prairie” provinces, even though half of the province is covered by boreal forest. The Canadian penchant for dividing this vast country into easily understood “regions” has reduced the Saskatchewan identity to its southern prairie denominator and has distorted cultural and historical interpretations to favor the prairie south.
Forest Prairie Edge is a deep-time investigation of the edge land, or ecotone, between the open prairies and boreal forest region of Saskatchewan. Ecotones are transitions from one landscape to another, where social, economic, and cultural practices of different landscapes are blended. Using place history and edge theory, Massie considers the role and importance of the edge ecotone in building a diverse social and economic past that contradicts traditional “prairie” narratives around settlement, economic development, and culture. She offers a refreshing new perspective that overturns long-held assumptions of the prairies and the Canadian West.
Merle Massie is a Saskatchewan writer, editor, and farmer, and a SSHRC postdoctoral fellow at University of Ottawa where she specializes in local, rural, and environmental history.