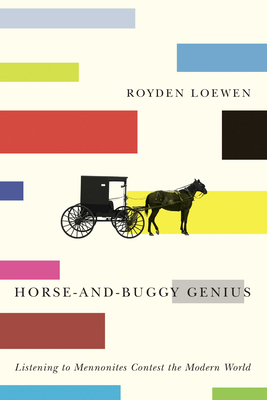 
Available to Order - Usually Arrives in Our Store in 4 to 7 Days
The history of the twentieth century is one of modernization, a story of old ways being left behind. Many traditionalist Mennonites rejected these changes, especially the automobile, which they regarded as a symbol of pride and individualism. They became known as a "horse-and-buggy" people. Between 2009 and 2012, Royden Loewen and a team of researchers interviewed 250 Mennonites in thirty-five communities across the Americas about the impact of the modern world on their lives. This book records their responses and strategies for resisting the very things--ease, technology, upward mobility, consumption--that most people today take for granted. Loewen's subjects are drawn from two distinctive groups: 8,000 Old Order Mennonites, who continue to pursue old ways in highly urbanized southern Ontario, and 100,000 Old Colony Mennonites, whose history of migration to protect traditional ways has taken them from the Canadian prairies to Mexico and farther south to Belize, Paraguay, and Bolivia. Whether they live in the shadow of an urban, industrial region or in more isolated, rural communities, the fundamental approach of "horse-and-buggy" Mennonites is the same: life is best when it is kept simple, lived out in the local, close to nature. This equation is the genius at the heart of their world.