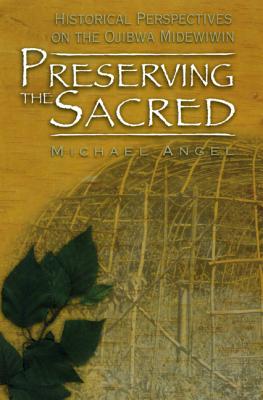 
Title unavailable, please email for information.
The Midewiwin is the traditional religious belief system central to the world view of Ojibwa in Canada and the US. It is a highly complex and rich series of sacred teachings and narratives whose preservation enabled the Ojibwa to withstand severe challenges to their entire social fabric throughout the 19th and 20th centuries. It remains an important living and spiritual tradition for many Aboriginal people today.     The rituals of the Midewiwin were observed by many 19th century Euro-Americans, most of whom approached these ceremonies with hostility and suspicion. As a result, although there were many accounts of the Midewiwin published in the 19th century, they were often riddled with misinterpretations and inaccuracies.     Historian Michael Angel compares the early texts written about the Midewiwin, and identifies major, common misconceptions in these accounts. In his explanation of the historical role played by the Midewiwin, he provides alternative viewpoints and explanations of the significance of the ceremonies, while respecting the sacred and symbolic nature of the Midewiwin rituals, songs, and scrolls.

Michael Angel is the co-author of biographies of western Canadian pioneers Letitia Hargrave and Charlotte Ross, and a freelance researcher on Aboriginal land claims and treaty issues.