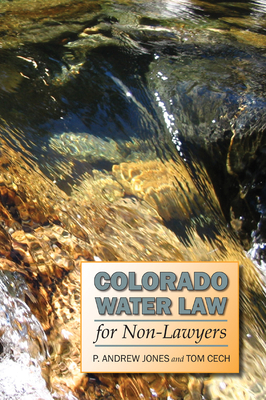 
Email or call for price. Handling fee may apply.
Why do people fight about water rights? Who decides how much water can be used by a city or irrigator? Does the federal government get involved in state water issues? Why is water in Colorado so controversial? These questions, and others like them, are addressed in Colorado Water Law for Non-Lawyers. This concise and understandable treatment of the complex web of Colorado water laws is the first book of its kind. Legal issues related to water rights in Colorado first surfaced during the gold mining era in the 1800s and continue to be contentious today with the explosive population growth of the twenty-first century. Drawing on geography and history, the authors explore the flashpoints and water wars that have shaped Colorado’s present system of water allocation and management. They also address how this system, developed in the mid-1800s, is standing up to current tests—including the drought of the past decade and the competing interests for scarce water resources—and predict how it will stand up to new demands in the future.

This book will appeal to at students, non-lawyers involved with water issues, and general readers interested in Colorado’s complex water rights law.

P. Andrew Jones, a lawyer specializing in water rights and water quality issues, was recently appointed by the chief justice of the Colorado Supreme Court to serve on a committee created to study potential reform of Colorado's water court system.