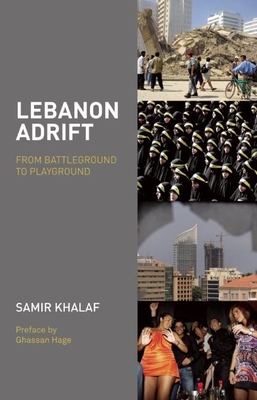 Lebanon today is at a fateful crossroads in its eventful socio-cultural and political history. Imperiled by unsettling transformations, from postwar reconstruction and rehabilitation to the forces of postmodernity and globalism, it remains adrift.

In this landmark study, Samir Khalaf explores how ordinary citizens, burdened by the consequences of war, persisting regional rivalries, mounting economic deprivation, and diminishing prospects for well-being, find meaning and coherence in a society that has not only lost its moorings and direction, but also its sense of control.

Samir Khalaf is professor of sociology at the American University of Beirut. He has held academic positions at Harvard, Princeton, MIT, and New York University.

Samir Khalaf is Professor of Sociology and Director of the Center for Behavioral Research, American University of Beirut. He has held academic positions at Harvard University, Princeton University, MIT and New York University. His other books include Cultural Resistance, Heart of Beirut, Sexuality in the Arab World (co-edited with John H. Gagnon), Arab Society and Culture and Arab Youth (both titles co-edited with Roseanne Saad Khalaf), all published by Saqi Books.