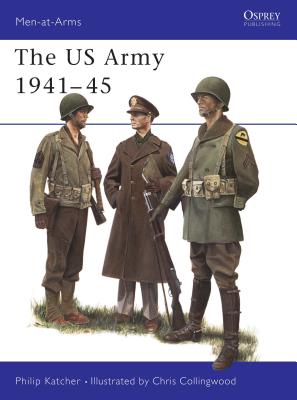 This is book number 70 in the Men-at-Arms series.

At the time of the Second World War, the United States Army took an unusual approach, for the period, towards the design of its uniforms. Rather than attempt to find an all-purpose outfit, such as the British battledress, it attempted to design special-purpose dress for every possible duty, from combat in cold climates to dress parades in hot ones. Here Philip Katcher provides an extensive examination of the many different types of uniform and equipment which saw service during the conflict.
Philip Katcher lives and works in Pennsylvania, USA, and has written many titles in the Men-at-Arms series including the highly successful five-volume set on the armies of the American Civil War.